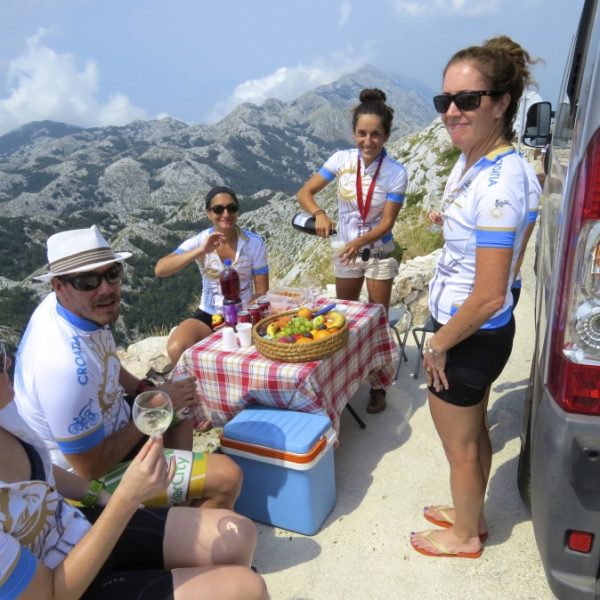 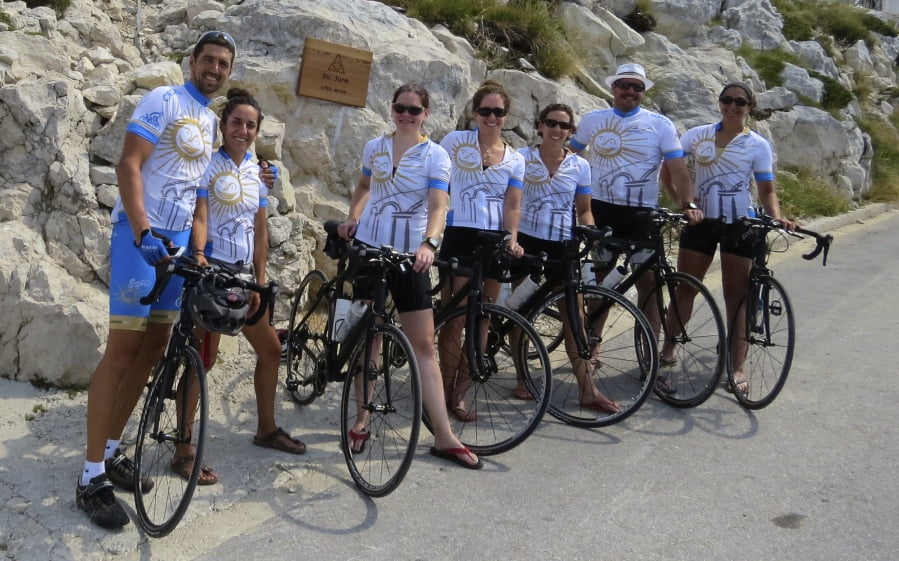 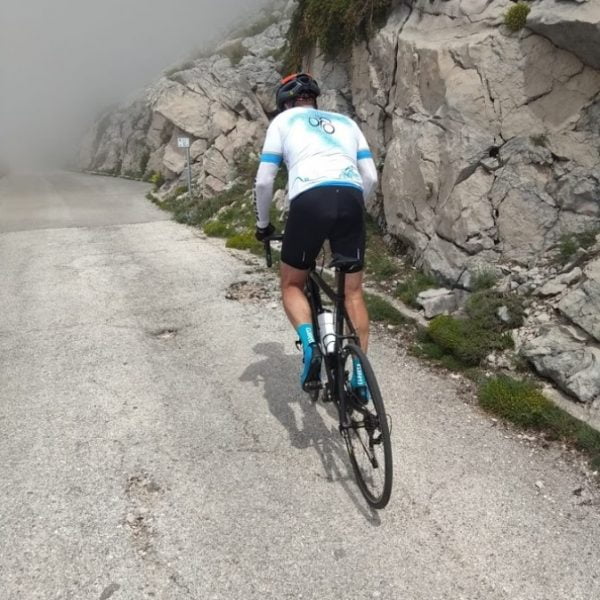 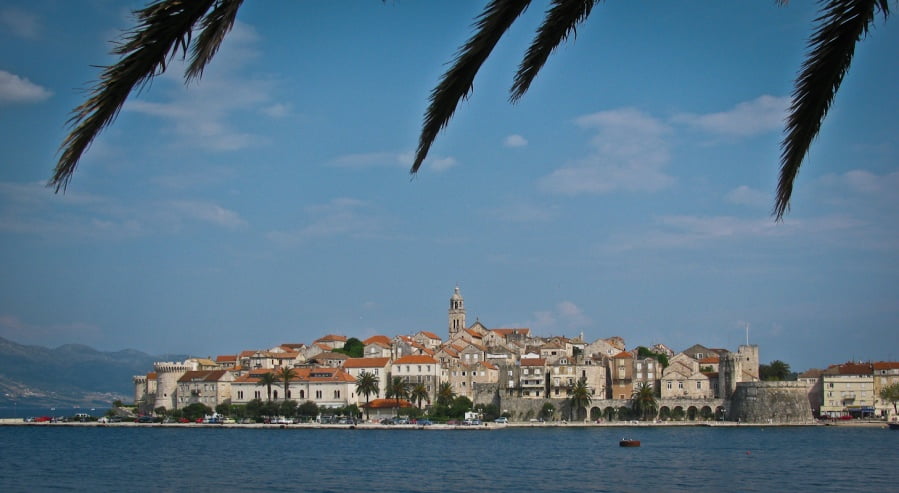 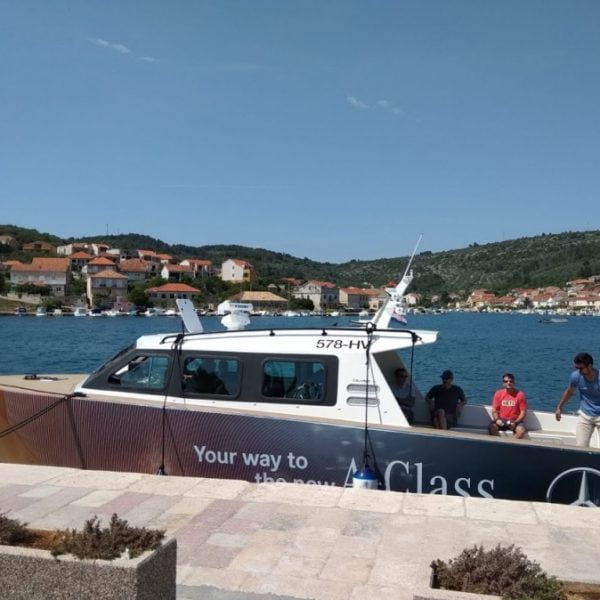 A unique bike vacation in Croatia with exciting 100 km daily rides in the extraordinary surroundings of the Dalmatian Archipelago, fully supported and guided by experienced local tour guides.

Prices are starting indications, per person, based on two people sharing a twin room, for joining the scheduled tour on October 5th 2019, and do not include bike hire.

Custom trips, with alternative dates and itineraries, can be arranged for families, small groups and cycling clubs. Please make a booking enquiry for a confirmed price based on your chosen dates and exact requirements.

This challenging cycling tour is a unique bike vacation in Croatia designed for endurance cyclists and triathletes who are looking for an exciting 100 km daily rides in extraordinary surroundings of Dalmatian Archipelago, fully supported and guided by experienced local tour guides. 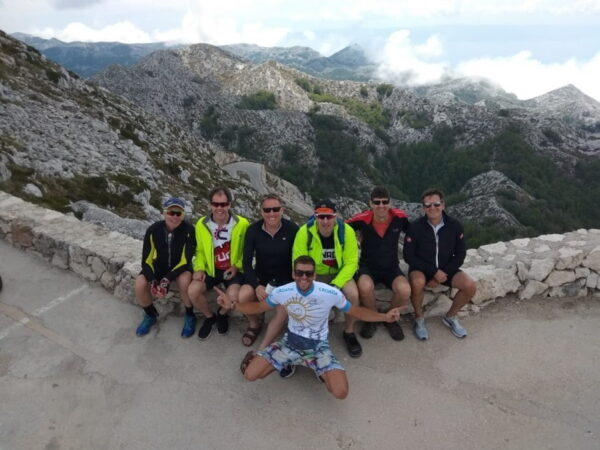 This guided tour starts in the pearl of the Adriatic – Dubrovnik and finishes in 1,700 year old Split. During the bike tour you will enjoy island hopping between Korcula, Hvar and Brac before the spectacular final ride, the one and only 1,762m high Sveti Jure peak, located above the town of Makarska, known as the Croatian Mont Ventoux.

This tour offers challenging rides in one of the most beautiful settings of Europe and an opportunity to discover this amazing region! On this tour we do cover some stages of the Tour of Croatia international cycling race, which is one of the most important sports events in Croatia!

Our guides will show you culinary highlights of the Mediterranean cuisine, historical and UNESCO sites dating back to Greek, Roman and Venetian times as well as local lifestyle of Dalmatians!

Meet your guides at your hotel in the late afternoon, where they will fit your bikes and enjoy an appetizer before dinner in Dubrovnik. If your flight arrives early, you might want to scroll downtown and visit the magnificent Dubrovnik – the pearl of the Adriatic! Discover ancient city walls, take a walk along the main city street Stradun, check out one of the oldest pharmacies in Europe, ancient city port or Rector’s Palace.

After the energizing breakfast, we leave Dubrovnik and depart for our first ride. Enjoy breathtaking views of Dubrovnik archipelago while working your way to Peljesac peninsula. Ride next to the 14th century town of Ston, which has the longest fortified walls in Europe and ancient salt mine. Half way through our ride, lunch is served in the tranquil and secluded village on Peljesac peninsula. After lunch, we continue to cycle along vineyards of Dingac and Postup, made from the Plavac Mali wines, very similar to Zinfandel of California, and Primitivo from Calabria. As a reward at the end of your first day ride enjoy spectacular downhill to Orebic, where the boat will take you to the town of Korcula. We will enjoy dinner together in the old medieval part of the city.

Exploring the Island of Korcula – 85 km

Get ready to explore the whole island of Korcula, its secluded caves, scenic coastal roads, charming villages, private vineyards and dark pine forests that cover the island. Enjoy the traditional meals such as home made gnocchi or macaroni, “pasticada” during well deserved lunch break. You might like to know that Korcula is producing some of the best Croatian white wines like Posip, Rukatac or Grk, which will just add flavour to your lunch or dinner.

In the afternoon, we recommend you spending some time visiting and wandering through the narrow streets of Korcula, which are irresistible to today’s visitor, just as they impressed medieval travel writers like Marco Polo, who began his life journey in this town. This is where the Silk Road began! Visit Gothic style Cathedral of Sveti Marko and Marco Polo’s house.

We continue our Croatian odyssey and ride along a labyrinth of roads to the Island of Hvar.  We will warm up with the 20 kilometer ride along Peljesac peninsula, from where the boat takes us to the eastern part of Hvar. This will be a great pit stop, before we start cycling along narrow road with views of the Adriatic, both to the north and the south. As you ride along sleepy villages in the distance you might see the peak, which is our goal on the last day, the 1,762 meter high Sveti Jure, rising straight from the sea. We will have dinner in former fisherman village of Jelsa, our home for the next two nights.

Start the day with the scenic and mostly flat road on the north side of the island, discover the town of Stari Grad (Old Town) which is actually the oldest settlement on the island and one of the first ones in Europe, founded by the Ancient Greeks (Pharos). After a few warm-up miles along UNESCO site of Stari Grad plain, a challenging uphill climb waits for you, passing rosemary and lavender fields and ancient Greek walls. Enjoy the scenery and the endless sea surrounding the island of Hvar, and  small islands and islets around before breathtaking downhill to the town of Hvar. You might want to have lunch in the Venetian piazza, before departure back to Jelsa.

Start the day with the private boat transfer to the Island of Brac, the largest of the central Dalmatian islands. The trademark of Brac is limestone, also known as Brac marble, which was used to build the White House in Washington D.C., Diocletian’s Palace in Split and many more important buildings and sites worldwide. We will pass by beautiful Zlatni Rat (Golden Cape), one of the most beautiful pebble beaches in Croatia. Today we will climb Vidova Gora peak, which is the highest peak of all Dalmatian Islands, located at elevation of 778 meters.  After lunch, we will continue our journey to the east side of Brac, from where the boat will take us back to the mainland. We will spend the night in Makarska.

Enjoy your energizing breakfast, as today is your last day of riding, and we will get you to the top. The ride is short, only 30 kilometers, but the Sveti Jure peak stands at elevation of 1,783 meters. On your way to the top, as you climb the serpentines you will have spectacular and very unique views on the coastline and all the islands where you have cycled in the previous days. Once on the top we will enjoy a picnic and last glimpses of our Croatian bike odyssey. In the afternoon, we will have a transfer to Split, cultural and administrative center of Dalmatia listed in UNESCO World Heritage List. The town was built on foundations of the ancient Roman emperor Diocletian’s Palace, more than 1,700 years ago. You might want to take a walk along the old part of the town and discover the basements of the Palace, Peristyle and Sveti Duje Cathedral before well-deserved final dinner together. Great thing about the palace is that locals have their real homes built in the old walls and old ladies stringing their washing where once state affairs of the entire Roman Empire were discussed.

Your tour will end after the breakfast. We highly recommend spending at least another day in Split and visiting the Green and Fish market, where you will really experience the local scene and learn about the take-it-easy lifestyle of Split. Split is a living and breathing urban oasis awash with a myriad of sights, sounds and smells, all thriving inside the two millennia old walls.

The road bikes available to hire for our Croatia tours are custom built by German manufacturer Musing. With a lightweight aluminium frame and carbon forks, they are equipped with a triple chainring to provide a wide range of gears, and have a slightly more relaxed frame geometry – for comfort during long days in the saddle. 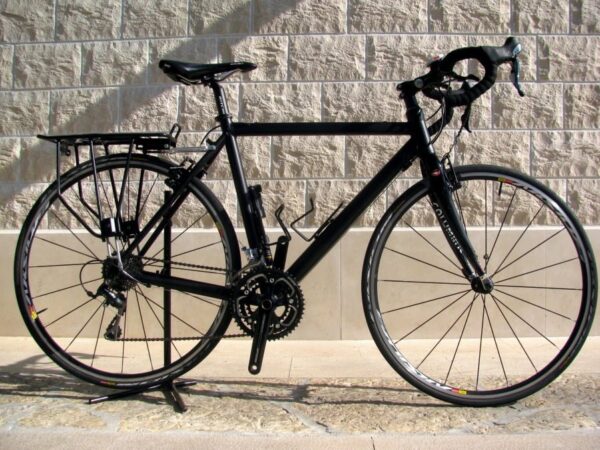 If you wish to use your own pedals, your own bike, or have any other questions, please don’t hesitate to contact us.